Nothing anywhere near as good as I've seen from others, but I tinkered a bit with my throttle quadrants and switch panel: 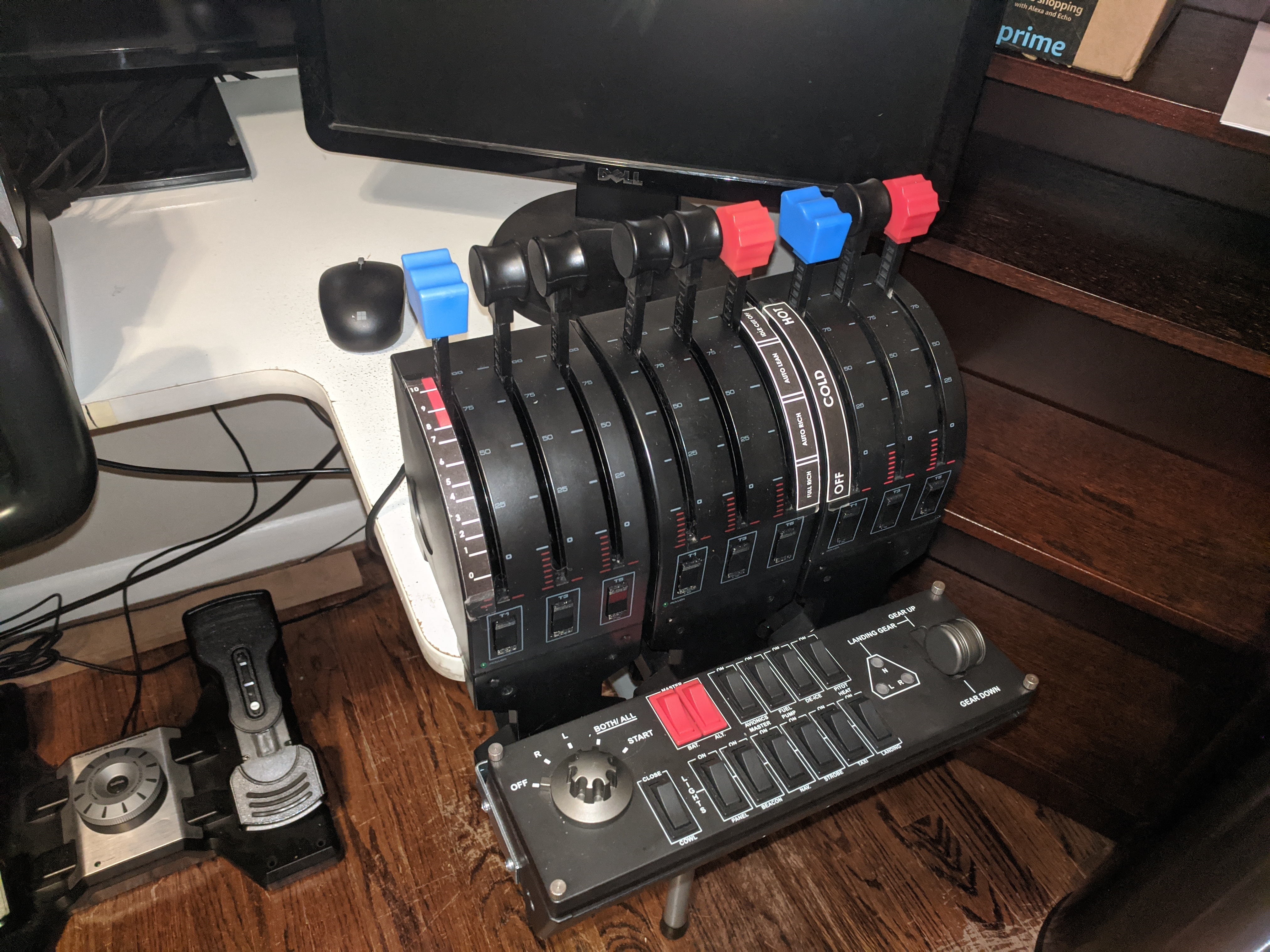 The far-left lever controls--as I'm sure is obvious to anyone having flown the B-17--the manifold pressure, and actually only adjusts from 0-8 under normal conditions (even if you physically move the lever into the red "emergency military" power range). However, if the "dial stop release" is pressed, you can then adjust the manifold pressure all the way up to the maximum of 10. (It's all thanks to LINDA: the normal range of the lever (0-100) outputs the manifold pressure with the range of 0-8, but when the "dial stop release"--another button--is pressed, that output changes from 0-8 to 0-10.)

Nothing fancy, but I'm rather proud of it all.

Return to “B-17 Flying Fortress”

Users browsing this forum: No registered users and 2 guests