The texan is a magnificent bird, im so happy a2a did a Texan, ive been waiting a good 5 years for a solid Texan to come out haha. upon getting the Texan one of the first things i had to do was get a custom paint for her and this is the result, next is the Comanche! or the j-3..i cant decide. You also speak of her having a northern feel to her and that's funny because my Texan on FSE will be based out of an airport in Idaho!

That's really nice. "An old fox walking on ice"... one of my favorite verbal images of all time (from the Wilhelm/Baynes edition of the I Ching, if you're wondering).

I could definitely get into this one.
"Ah, Paula, they are firing at me!" -- Saint-Exupery
Top

The Texan is one of my favorite aircraft so I just had to have something custom done and I love foxes so that just had to be on there somewhere, couple that with my favorite color and this is what you get! I'm going to talk to the guy about doing this to the j-3 cub and the Comanche as I plan on making this my fleet design for the charter I am working on in fse. I'm also a furry and that's basically my fursona's color scheme so that had a hand in the design and that's partially where the fox comes from, the name Kota Fox is also my fursonas name. All in all the repaint turned out awesome, I think I will be working with him to make some more, I am also looking for someone able to paint a work of art on my plane haha!

Here's a link to the paint of I-SSEP: https://www.dropbox.com/s/cjqr4oqnhej5n ... P.zip?dl=0
I think I managed to do a decent job here, with the help of the owner, Sandro Pagliarin, to fill in the last gaps..

a bit of its history: T-6G I-SSEP was built as a T6-D in 1944, with c/n 121-41586 / 44-80865. It was converted to a T-6G in 1951, becoming 51-14462. After being operated for about a year in North Carolina, it went to Italy as part of the Mutual Defence Assistence Program, becoming MM 54101 of the Aeronautica Militare Italiano. Over the years, it was assigned the codes AA-40, RM-11 and RB-11, ending up at the airport of Bari, where it was more or less forgotten. It was bought by its current owners, a team led by pilots Sandro Pagiarin and Luca Eusepi, and painstakingly restored, making its first flight in 2004. It is painted in the colors of a T-6C that flew with the 604th Squadron of the 4th Stormo of Grosseto in the '50's and '60's. It is operated by the Historical Aircraft Group, based in Grosseto.
FS painter at the Hangar
You'll find most of my paints here.
Top

Painted at the request and with the assistance of JoeS475.

Finished the "098" of the Koninklijke Marine Luchtvaartdienst (Royal Netherlands Navy). The MLD operated 4 harvard of De Kooy Naval Station in the North of the Netherlands by the 9 VSQ.
Main duty was target towing and navigational flights.

Modified the bump-maps a bit, to make the Texan a bit look like the AT-6 Harvards. Both pilots got a orange jumpsuit, Heidi was a bit cold so she also got a leather jacket. 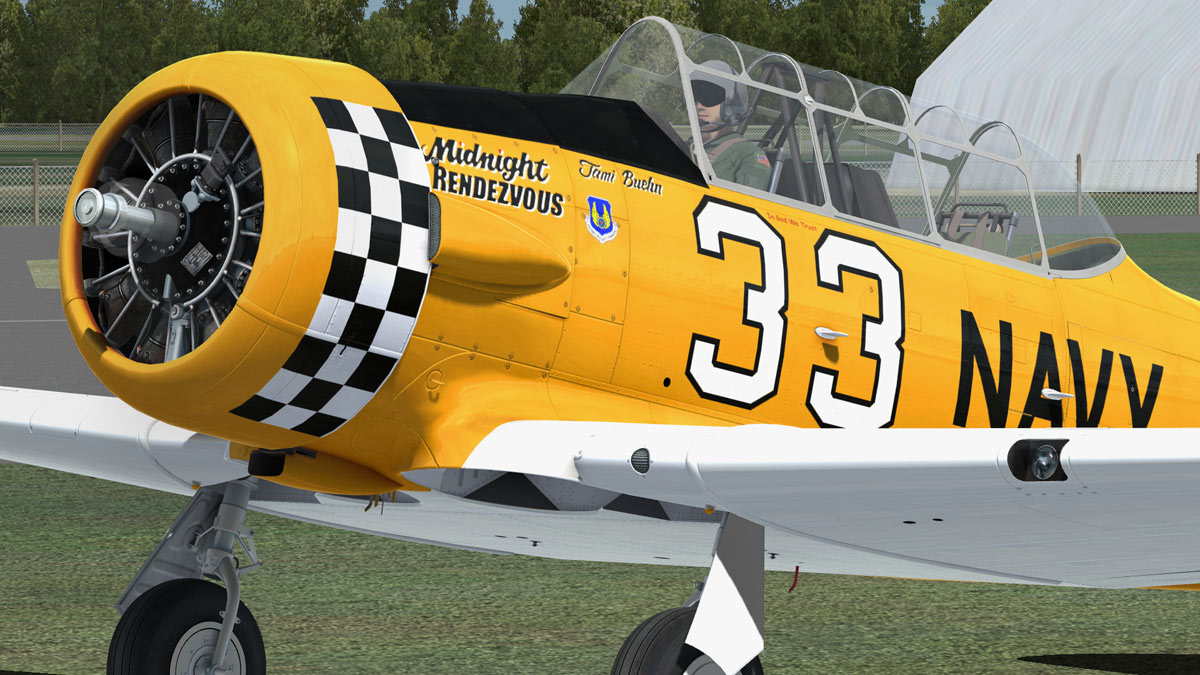 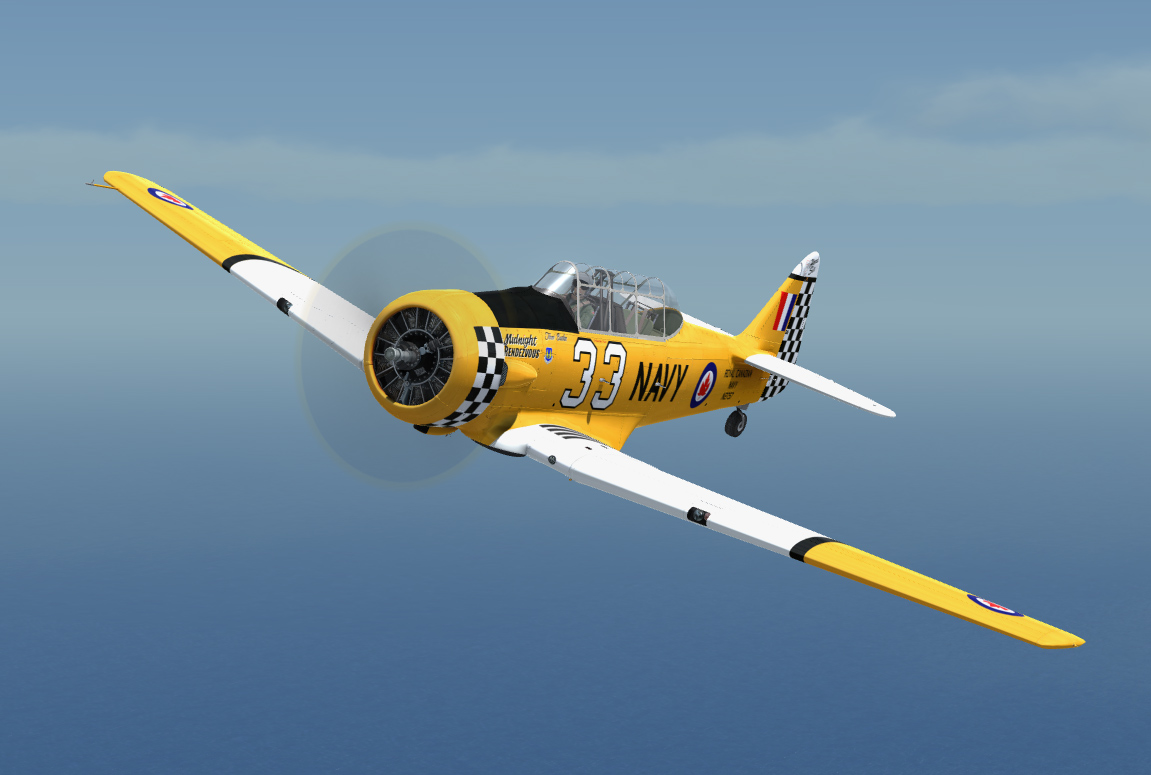 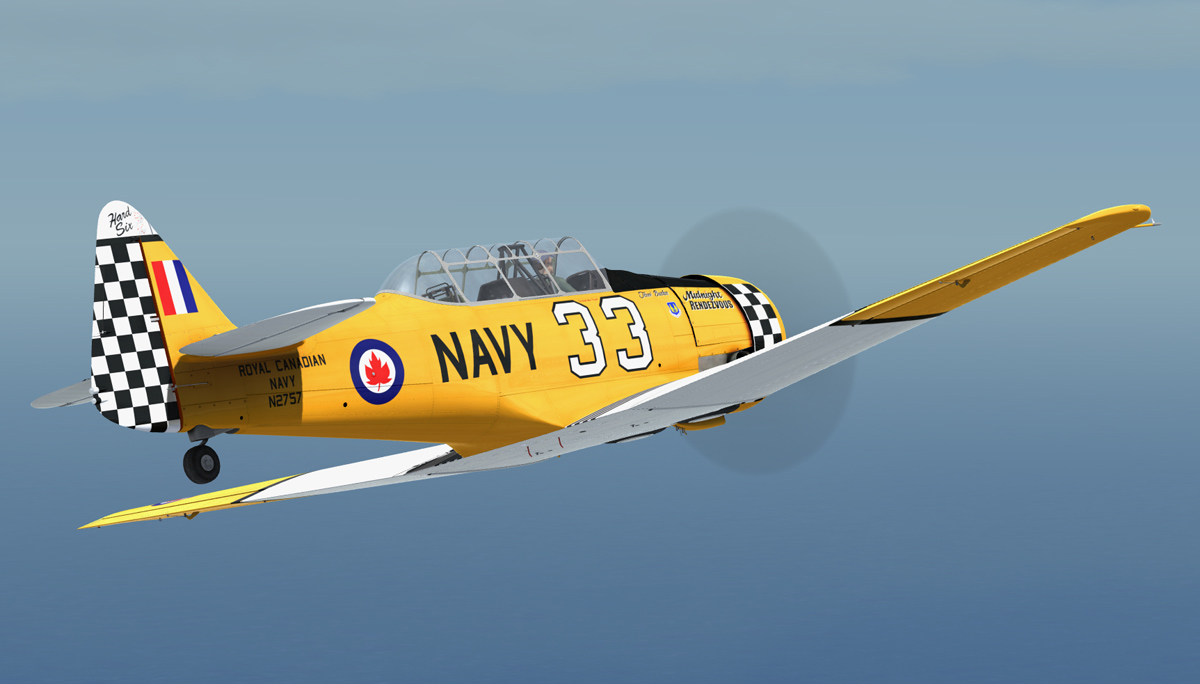 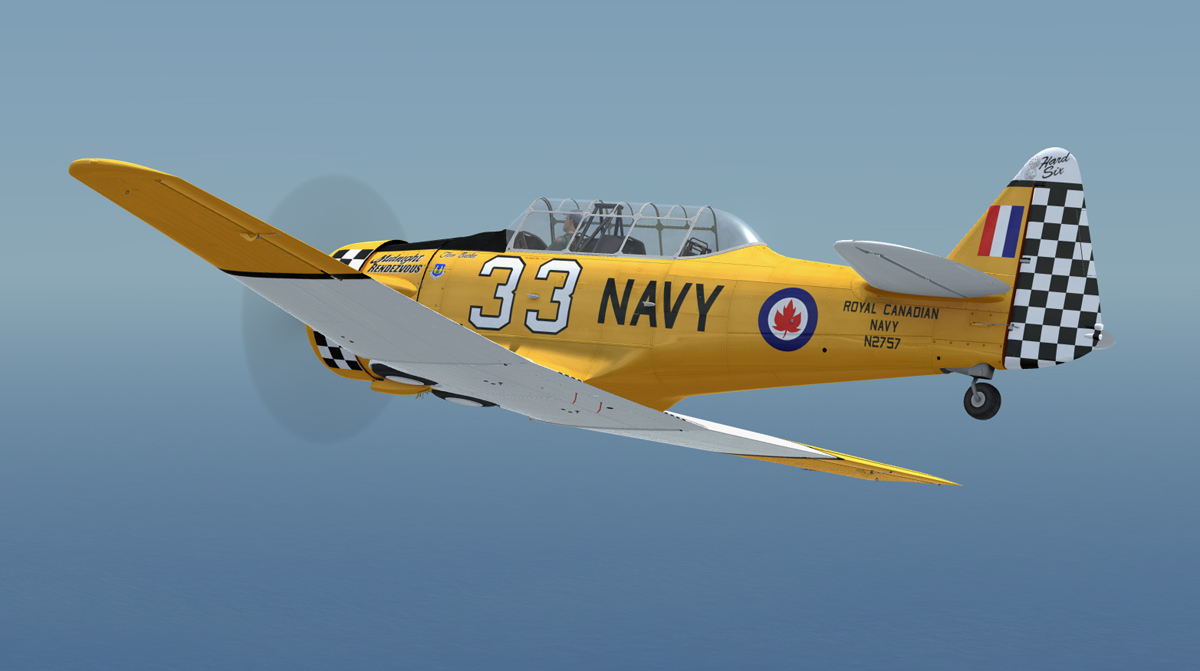 Born 1941 (same as me!) Joined the Canadian Navy. Did naval/training stuff until 1956. Sept. 2008 went to Nevada to live with Dennis G. Beuhn. My version is as she was in 2010 after which she acquired more stickers. 14 December 2012 to Evergreen Flying Service Inc, Dover, Delaware, where she still is....As far as I'm aware.

Thank you Ronald.Great as usual.(Amazing for a man of your age)

EDIT: After posting this I got up and went to the kitchen. Buggered if I could remember why!

I have that problem too Ron but if a beer is involved I quickly remember.Try taking two with you so you don't get confused when the first one runs out.
Cheers Chris
Top

Ron Attwood wrote:EDIT: After posting this I got up and went to the kitchen. Buggered if I could remember why!

I'm sorry to say I have that T-shirt

Just a "quickie" (as it were) ... does one of your tailfin markings need to be reversed? Red first for RAF, blue for FR (not sure which the RCAF plump for - or do they hedge their bets? LOL).

Users browsing this forum: No registered users and 0 guests